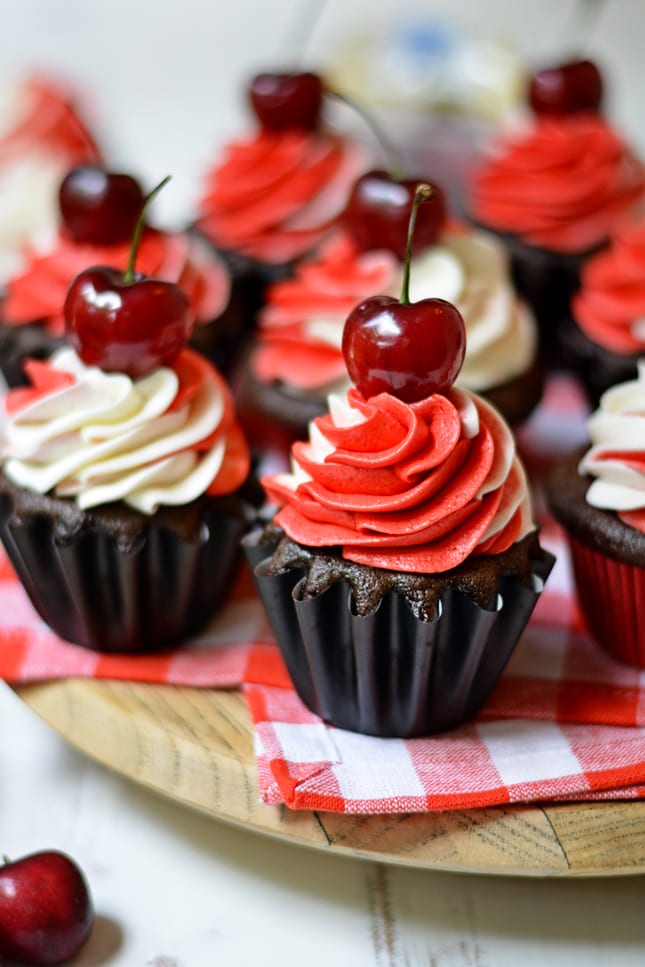 Who in their right mind would ever turn down a cupcake? Not us, that’s for sure! As you can probably imagine, we’re beyond thrilled to have Beth Branch of bethcakes back with us today sharing her one-of-a-kind recipe for Bourbon Black Forest Cupcakes. Just as tasty as they look, these cherry-topped cupcakes are all sorts of yummy. From the bourbon cherry filling to the to-die-for vanilla and cherry frosting, you are in for one extra-special treat! Here’s what Beth has to say:

“These cupcakes include the classic and traditional flavors of Black Forest Cake–chocolate, cherry, and vanilla–but are also dressed up with bourbon! The base for these little cakes is a moist and easy chocolate cake recipe. The cupcakes are then hollowed out and filled with bourbon cherry filling. You can use a store-bought jar of pitted, stemless cherries, which is what I did, or you can use fresh cherries and pit them yourself. The filling is almost like a homemade jelly, and a couple of tablespoons of it goes into the cherry frosting as well. Swirled frostings are so fun and easy to make, and they make for an impressive presentation!” 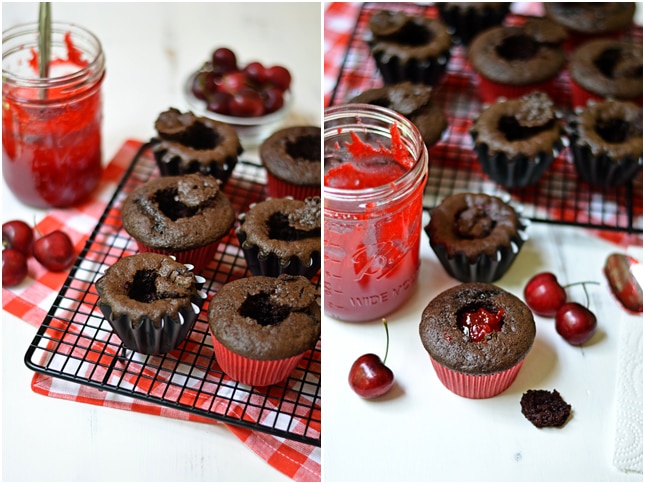 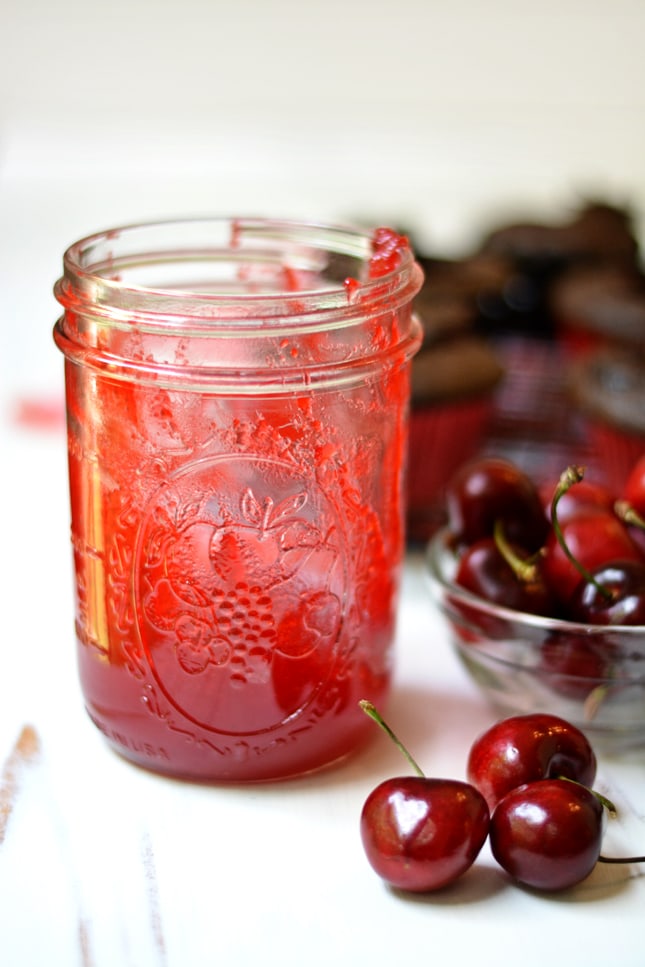 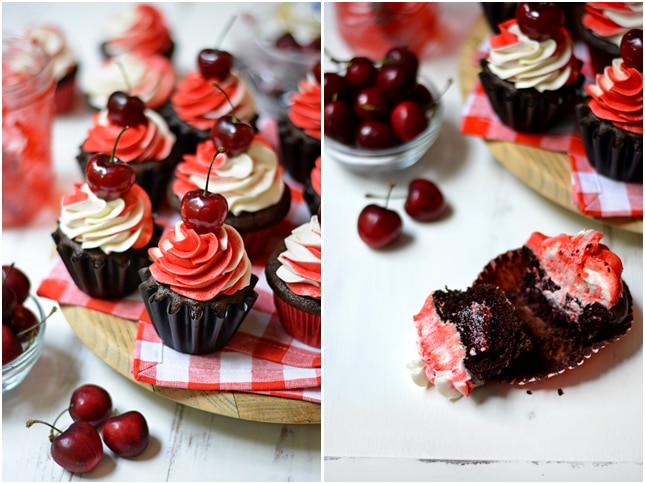 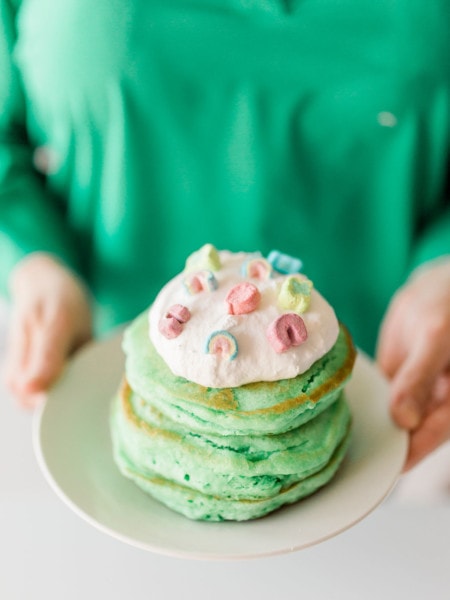 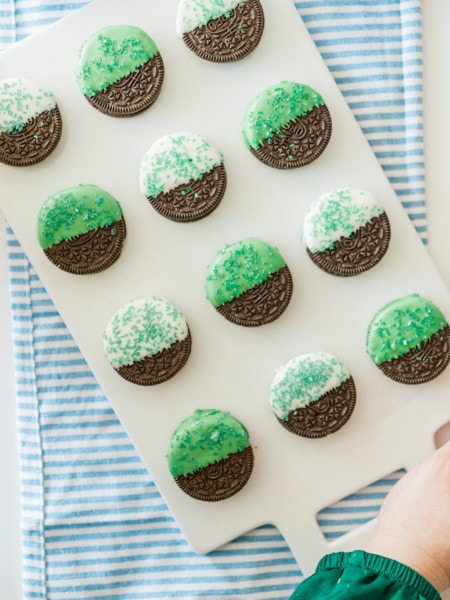