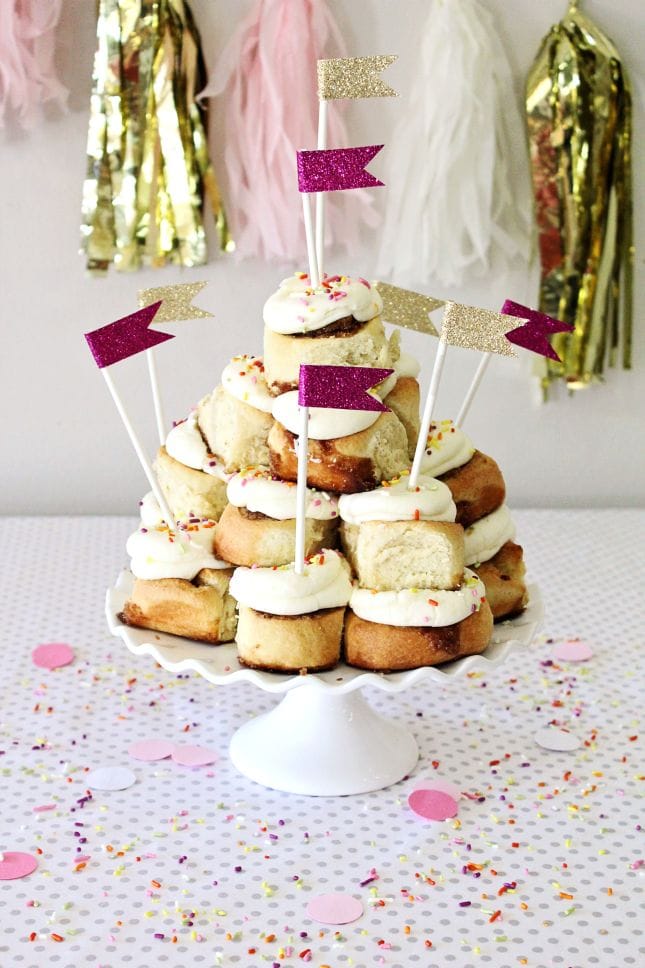 This cinnamon roll birthday cake recipe by Candice of Cacao Sweets and Treats is the best of both dessert worlds. Our only regret is that we didn’t know about this sooner! You’ll love making the sweet mini rolls, topping them with cream cheese frosting, and piling them high for the world (or maybe just your birthday guests) to see. The hardest part of the day will be not sneaking a roll or two before it’s serving time! Here’s what Candice has to say:

“It always shocks me when someone tells me they don’t like cake or cupcakes (isn’t that crazy?!), but I have the perfect birthday treat: a Cinnamon Roll Birthday Cake! Store bought or homemade, just top them with sprinkles and a few candles, place on a beautiful stand, and voila! You’ve made the best birthday un-cake ever!” 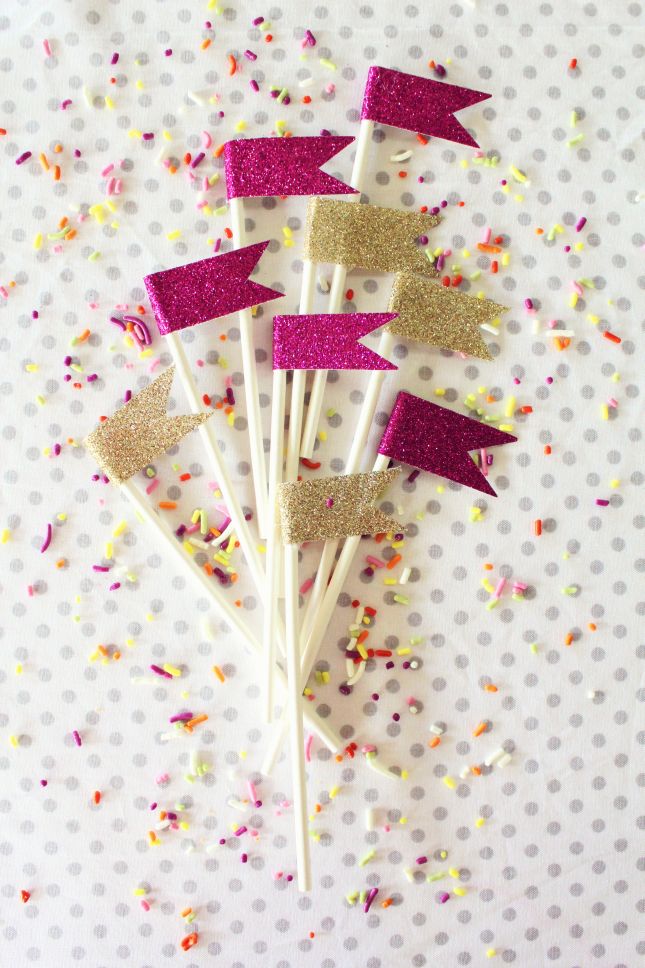 1. Heat milk and 3 tbsp butter in a saucepan (or in the microwave for 1 minute) until warm and melted, making sure not to scald or boil.

2. Transfer mixture to stand mixer bowl and sprinkle yeast over the top. Follow with 1 tbsp sugar. Let stand for 10 minutes or until frothy.

3. Add salt and flour. Mix with dough hook until smooth.

5. Roll dough on lightly floured counter to 10″ by 7″ rectangle.

6. Soften remaining butter and spread evenly over the dough.

7. Combine cinnamon and remaining sugar. Sprinkle over the dough evenly.

10. Cut the logs into 1″ pieces and place side by side on a parchment lined tray.

13. Let cool for 5 minutes, then top with cream cheese frosting and sprinkles (frosting recipe below).

1. Combine all ingredients in stand mixer and whip on low speed until powdered sugar is combined. Raise the speed to medium/high and whip until light and fluffy. When ready, top rolls with frosting.

2. Pick your favorite cake stand and start stacking the cinnamon rolls into a pyramid. Place candles or flags, as shown. 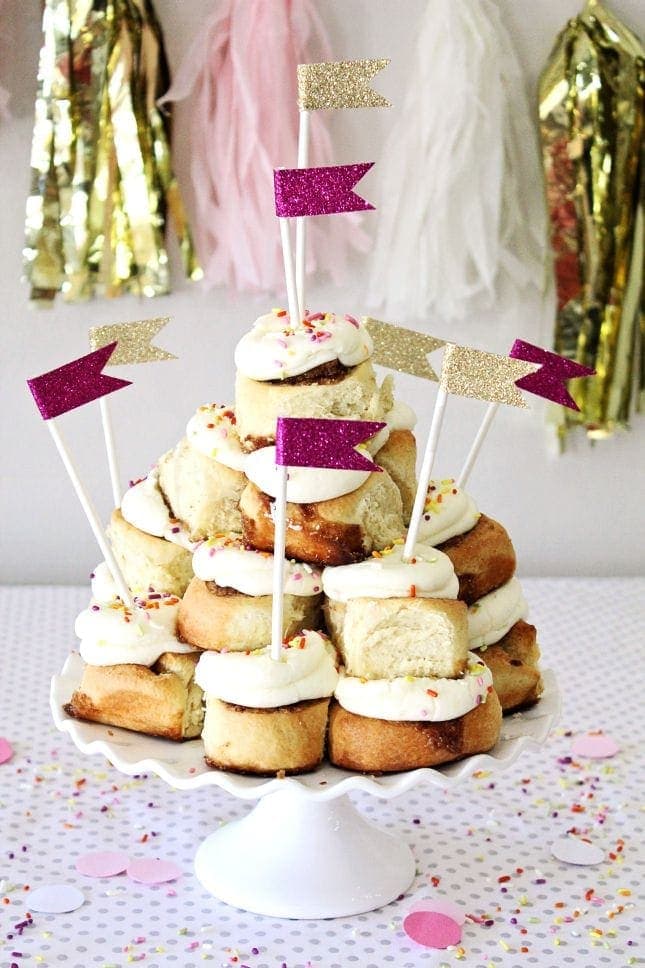 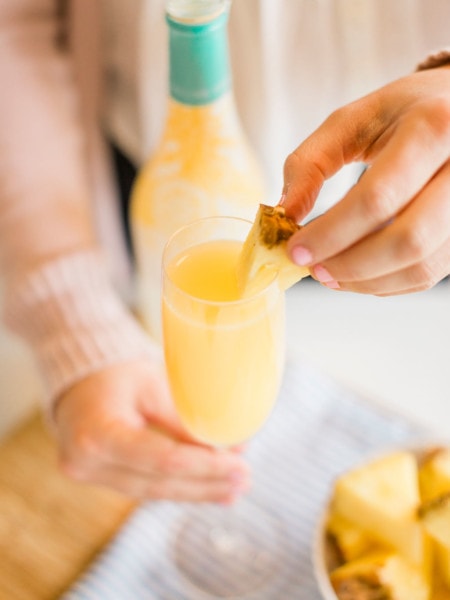 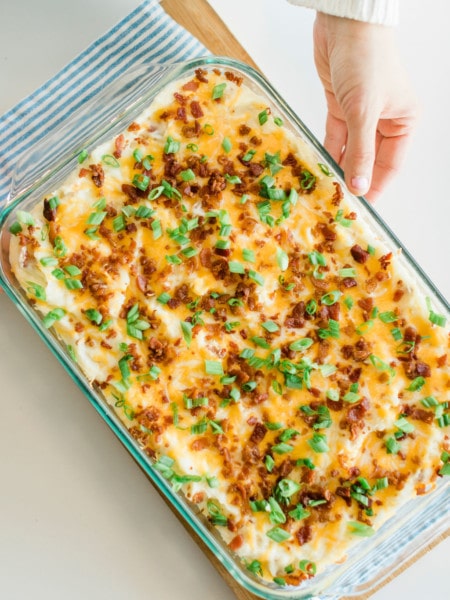