The desserts that fly out of Momofuku Milk Bar’s kitchen definitely have the ability to awaken anyone’s inner dessert child. Creations such as Cereal Milk, Candy Bar Pie, and a Birthday Cake chock-full of rainbow crumbles and sprinkles spark childhood taste buds as well as memories. Milk Bar, an iconic New York staple, has five locations throughout the state and is headed by Pastry Chef Christina Tosi. Recent recipient of the James Beard Rising Star Chef of the Year Award, Tosi let me in on the  secrets of the Milk Bar empire.

You’ve turned the idea of a blueberry pancake into a soft serve ice cream flavor and bottled the best part of a bowl of cereal, Cereal Milk. With all of your home-style dessert options, what childhood moment made you realize you were a dessert fiend?

I was a dessert fiend since childhood, actually. I only ever ate the best parts of breakfast: french toast, chocolate chip pancakes, runny eggs in buttery bread, cinnamon toast, and then dessert. There was nothing healthy or hearty in between (maybe mac & cheese). When it came time to decide what my style/voice would be as a pastry chef, I simply retreated to what I knew!

What was your life like prior to opening Momofuku Milk Bar?

I still worked just as hard with long, crazy hours. I was dedicated to, er, obsessed with whatever it was I was doing or working toward at the moment: making desserts for Ssam Bar, Noodle Bar and Ko. I was working as a pastry cook for wd~50 and learning how to write HACCP plans. Momofuku Milk Bar somehow became my coming out party!

What’s it like not only running your own kitchen, but running an extremely successful empire of kitchens that boast some famous, mouth-watering desserts?

I think it’s actually easier in a way?! We have an amazing team, some of which have been at Milk Bar since the very beginning. We’re a family of brothers and mostly sisters who wake up early, bang it out, giggle (sometimes laugh hilariously) at one another, push push push, and create something that we have believed in since the beginning. The ultimate reward is getting to do this every day alongside my favorite people. The cherry on top is that it’s well received and successful in the eyes of others.

As a notorious lover of junk food and all things sweet, what inspired you to start creating savory items, such as the pork and veggie buns offered with an egg or kimchi slaw?

Any serious sweet tooth knows there’s an element of savory that has to come into play to sustain the sugar intake. We approach the savory food we create with the same down home, soothing, in your face, delicious flavors. It’s a great challenge for us to spread our wings and have a kitchen where savory cooking meets sweet baking on a level. Having more and more savory food around makes for even more delicious family meals.

What’s your go-to sweet-treat remedy for cheering up a friend who is down in the dumps?

Freshly baked chocolate chip cookies. If they’re really down, the cookies get sandwiched with vanilla frosting with sprinkles. It’s the only way to get the job done.

This year you were the recipient of the James Beard Rising Star Chef of the Year Award–congratulations! How did it feel to go from being nominated to actually being given the award?

AH! It was crazy! I think I blacked out when they called my name. I was actually really embarrassed/humbled to be nominated at all. In my mind there was NO way I was going to have to go up there and give a speech. So many other talented men and women were on the ballot, and so many more were equally as deserving. It is a total mind meld. And I’ve resigned that all that we can really do is to keep being who we are, keep doing what we do. It was good enough to get us this far, and it’s going go be good enough to keep us going, keep us pushing, keep us dreaming, and keep us creating.

Keep up with Christina and Momofuku Milk Bar here: 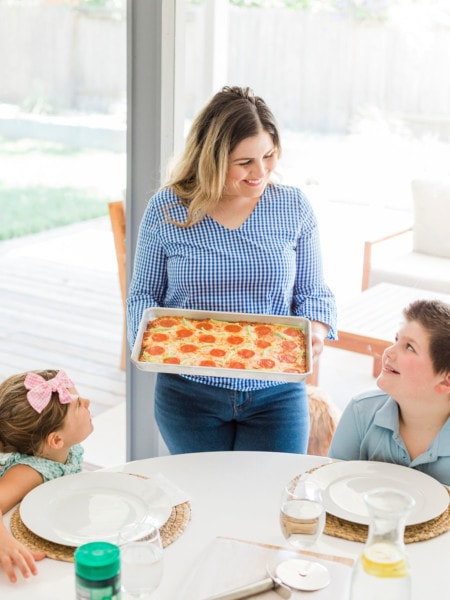 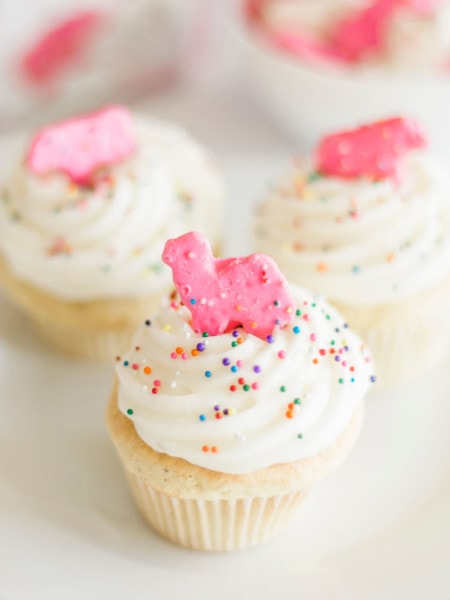